Imagine a material which can address biomedical challenges, such as being biocompatible and, in a stimuli-responsive fashion, release drugs at the desired rate. This potential is embedded in polyelectrolyte multilayers, PEMs. The PEM functionality is to a large extent determined by the layer properties, which therefore needs to be understood to be tweaked and tailored. So how can you characterize the polyelectrolyte multilayer build-up and reveal the layer conformation and structure? Here, using an example of a PEM built by marine molecules, we show how these challenges can be addressed with QCM-D technology.

Implant coatings that readily integrate into the body, coatings that release drugs or active peptides to aid a wound healing process, or nanomedicines that deliver exactly the right dose of a drug. Such attractive functionality could be achievable with PEMs. The versatility of PEMs is high, and this makes them interesting for biomedical applications. Not only can the film robustness under ambient and physiological conditions be adjusted, but also the films can be loaded with for example bioactive molecules for enhanced functionality, and the properties of the layers, such as uptake of proteins, cell-adhesion and drug-release can be both tailored and controlled.

The functionality of the PEM is largely determined by the layer conformation. The conformation influences the interfacial properties and therefore determines the surface interactions. The conformation of the PEM depends not only on the nature of the polyelectrolyte, but also on the surface and ambient conditions, such as pH and ionic strength. Varying and tweaking these parameters, PEM film properties such as layer thickness, mechanical properties and surface charge, and subsequently the end-functionality of the layer, can be controlled.

Monitoring PEM build-up and characterization of the layer structure

As an example, let’s have a look at the formation of a PEM in a biomedical application. Polyelectrolyte multilayers are created by a layer by layer deposition of polyelectrolytes, polymers that carry either a positive or negative net charge.  The layer is assembled by adsorption/deposition of such polycations and polyanions in an alternating fashion, every other layer positive and every other negative.

In this study, a polysaccharide PEM was formed by alternating adsorption of polycationic chitosan, and anionic alginate, Fig. 1. Chitosan and alginate are both polysaccharides, which can be extracted from ocean living species - chitosan from the shell of crabs and shrimp, and alginate from brown algae. These two molecules are interesting as they both resemble components in the extracellular matrix and also show good biological properties. The resulting PEM was composed of 31 layers of alternating chitosan and alginate.

Together with the evaluation of PEM stability, degradation and interactions with ambient molecules, a key to successful PEM design is an understanding of the PEM build-up process and resulting structure. In this study, the build-up process was monitored in real-time by QCM-D technology.  QCM-D is a surface sensitive technology that measures mass and structural changes in real-time and therefore enables monitoring of both adsorption/surface uptake and layer conformation/structure. The study showed that the PEM thickness increase was essentially linear over the build-up process and that the layer structure was rigid.

Download our application note to get more details on the study and on how QCM-D is used to characterize both the build-up process and physicochemical properties of PEMs: 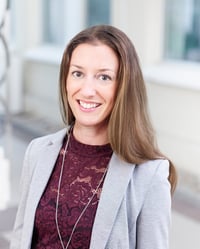