Lipid-based systems are used in various fields of research, for example in the design and development of biosensor platforms, biomaterial coatings and drug delivery applications. Here we present examples of how these lipid-based systems can be characterized using QSense QCM-D technology.

An unsurpassed technology in the characterization of lipid-based systems

QCM-D has been a standard technology in lipid-based research for about two decades1. Offering real-time information on mass, thickness and viscoelastic properties of surface adhering layers, the technol­ogy enables monitoring of interaction dynamics between lipids and the solid support. It also enables characterization of the formed lipid-based structures, e.g. analysis of

The key to be able to measure structural changes, such as the vesicle rupture and fusion process, lies in the ability of QCM-D to measure what is often referred to as “hydrated mass”. Whereas the “dry mass”, measured by for example optical techniques, refers to the mass of the molecules of interest, the hydrated mass includes both the molecules and the associated solvent. Monitoring the hydrated mass enables detection of conformational changes, such as layer swelling and collapse. In these structural rearrangements, the number of molecules at the surface is the same, but the amount of coupled solvent differs. In the characterization of lipid-based structures, this feature is very helpful as it enables the differenti­ation between for example lipids arranged as vesicles and lipids arranged as a bilayer, where the former structure will have large amounts of associated solvent, and the latter will have little. 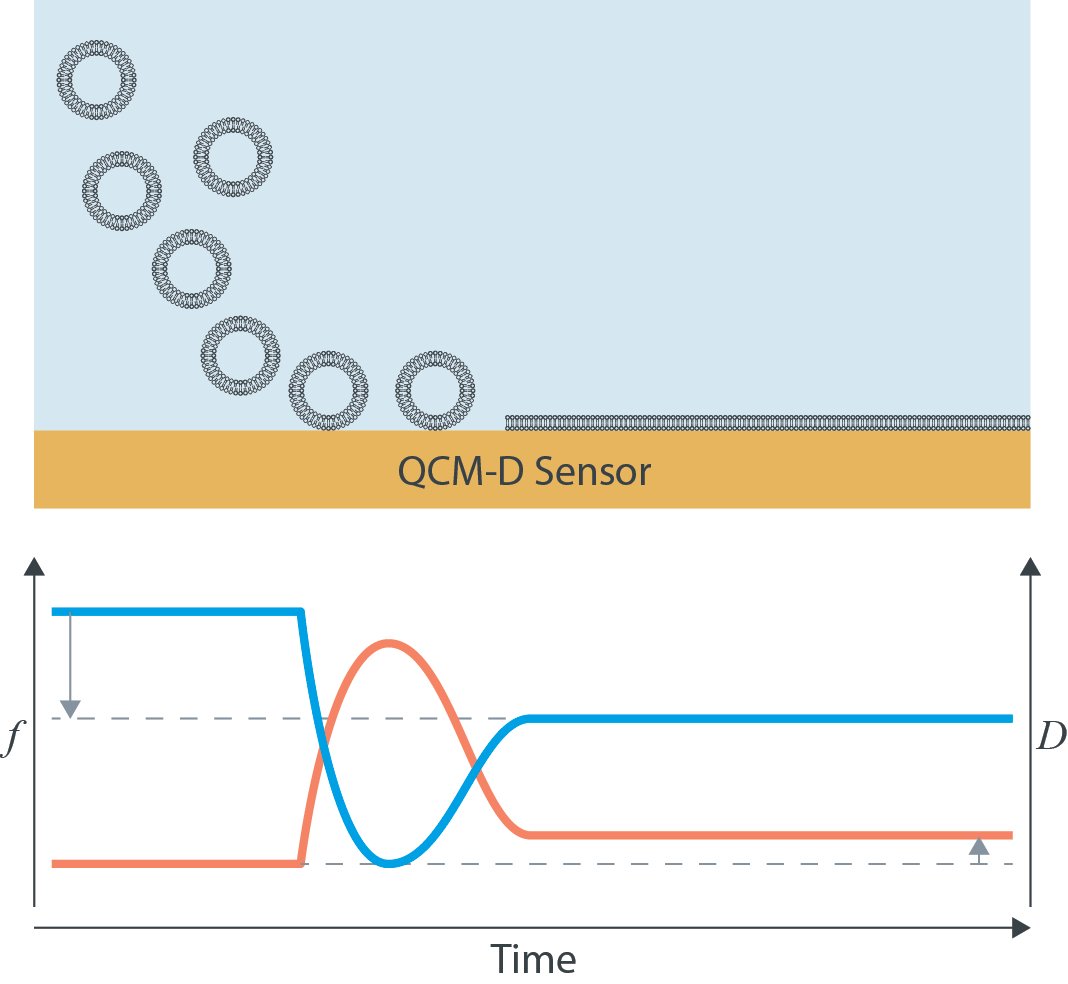 Download the overview to read more about how lipid-based systems can be characterized using QSense QCM-D technology.

What analytical methods should you use to characterize your lipid-based systems?

Lipid-based systems such as vesicles, monolayers and bilayers are interesting as model membrane platforms and are used in various research areas. To characterize these systems, it is often necessary to use more than one analysis method. So which analysis methods should you use?