Have you ever noted how a contact lens left to dry, wrinkles up and loses its shape, but if put back in its contact lens solution it returns to its original shape? The function and properties of many natural and man-made materials depend on their ability to take up and release water. Contact lenses are one example, but also thickeners and emulsifiers in food and cosmetics, and filtration devices, all depend on the ability of the material to hydrate and dehydrate. In research and product development, it is therefore highly relevant to study swelling processes of these materials. This can be done with QCM-D, a surface-sensitive technology which can be used to characterize and optimize water uptake and release processes in thin films.

The amount of water in a thin film can be > 95% depending on the molecules and molecular conformation at the surface. As an example, think of elongated molecules adsorbing flat on the surface, Figure 1. A layer with this molecular arrangement will only a small amount of water, while more water will be able to couple to the molecules if they instead adsorb in an upright fashion. The hydration and dehydration of molecular layers, and the transition between these two states, can be characterized with QCM-D, where the water uptake and swelling are sensed as an increase in mass at the surface.

Figure 1. Molecules adsorbed flat onto a surface (left) couples less solvent than when adsorbed in an upright fashion (right).

As an example, let’s have a look at moisture uptake in a starch film. Starch is an important ingredient in for example the paper industry and in the design of edible films. In both areas, the effect of the ambient humidity on the material strength and quality is a central question. In the context of paper, the solubility should be low so that the paper quality is stable in range of ambient humidity. For edible materials on the other hand, the material should dissolve, and the solubility needs to be high above a specific ambient humidity.

In this example1, we expose a thin film of native potato starch to air of different humidity while measuring the change in film thickness, Figure 2.

This measurement shows how the humidity induces swelling of the film and affects the thickness. The results give insight into how the material behaves under different humidity conditions. 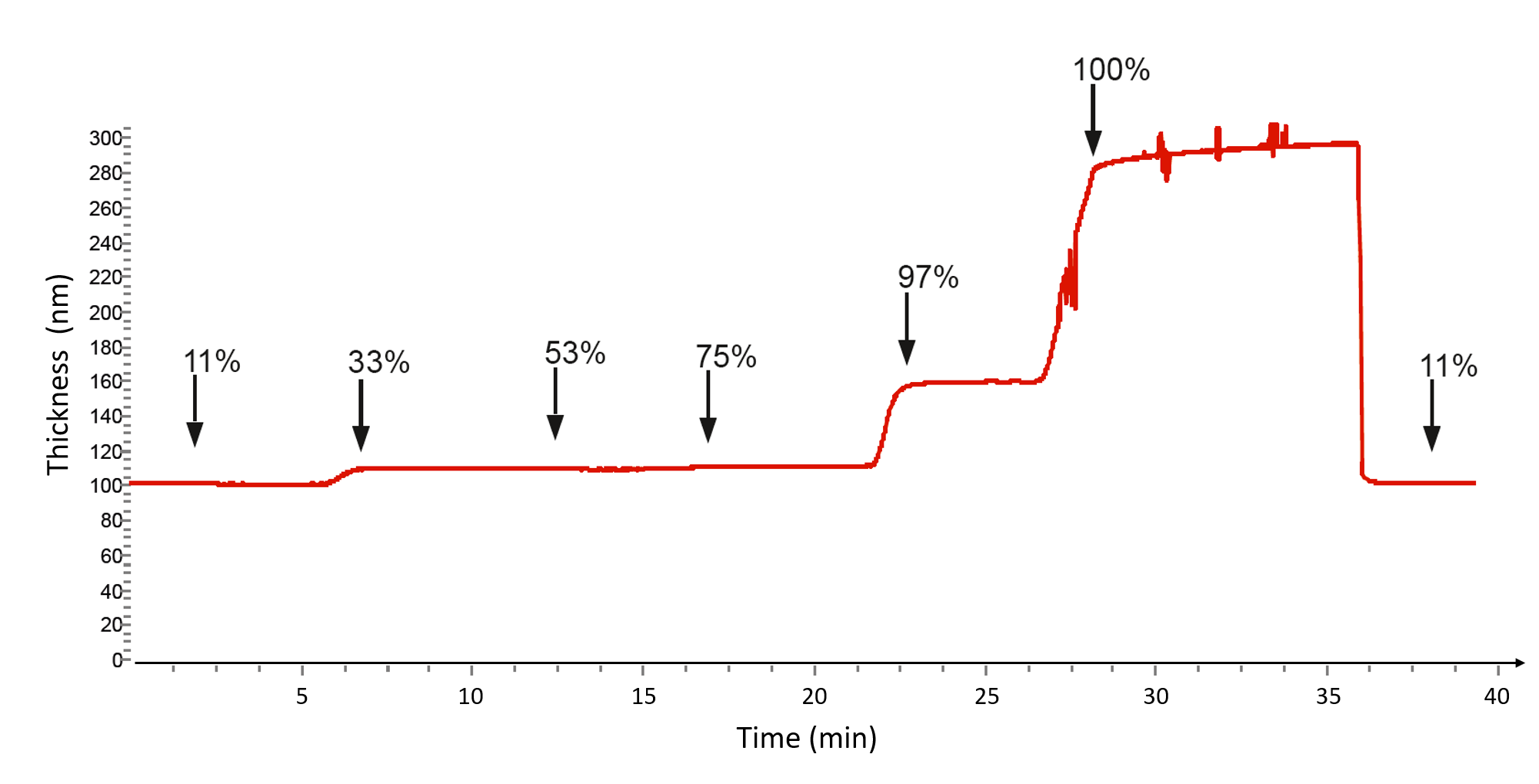 Figure 2. Analyzing vapor uptake and thin film swelling. of a thin film of native potato starch as a function of air humidity.1

Other situations where film swelling is encountered

In addition to the pulp and paper industry, measurements of vapor uptake and thin film swelling are relevant in many other areas where hygroscopic materials are used. Examples are in drug encapsulation for storage and delivery and in water sensitive applications, such as in the design of materials in humidity-resistant devices, where the properties of the material must be unaffected by changes in ambient humidity. Swelling phenomena also occur in many other contexts, for example in cleaning processes where surfactants induce soil swelling, and in the design of smart materials, which are responsive to pH, temperature or ionic strength.

Download the application note to read the full study

1. Measurements by Biolin Scientific in collaboration with the Department of Polymeric Materials, Chalmers University of Technology, Sweden.

The versatility of polyelectrolyte multilayers, PEMs, is high, which makes them interesting for e.g. biomedical applications. The functionality is largely determined by the layer properties, which needs to be understood to be tailored. Here, we show how PEMs can be characterized with QCM-D.

How to measure crosslinking and collapse with QCM-D

Polymers and polyelectrolytes of various conformations are used in many applications where there is a need to tailor the interfacial properties to promote a certain interaction with the surrounding environment. Here we show how polymer layer crosslinking and collapse can be characterized.

How to measure mass and thickness with QCM-D

Surface interaction processes and binding of molecules can be characterized by real-time nanoscale techniques, such as QCM-D, which measures mass and thickness.

How to characterize viscoelastic properties with QCM-D

How to measure surface adsorption and desorption with QCM-D

Adsorption and desorption phenomena are important to study in e.g. surface science and bio-related applications, where molecules are interacting with surfaces.