Energy storage is a vital component of our energy system. Three technical devices that can be used to store energy are batteries, supercapacitors and fuel cells. So, what is the difference between these three? Here we will take a closer look at how they work and how and where they are typically used.

The primary energy source itself can also be an energy storage element. For example, coal and natural gas, which are both primary energy sources, also at the same time store the energy contained in them. Water in dams at higher altitude store energy as potential energy, which is converted to electricity in turbines. Stored energy can thus be converted from one type of energy to another type like potential energy to electricity. Chemical energy in e.g., fossil fuels or biofuels can be converted to heat or mechanical energy in combustion engines in vehicles or to electricity in power stations.

In the energy system, these large-scale primary energy sources and storage forms, and conversions between different kinds of energy, are complemented by medium and smaller scale conversions and storage. Those latter often utilize various technical devices, like combustion engines in cars. Three such devices which we want to look closer at here are batteries, fuel cells and supercapacitors.

Batteries are electrochemical devices where each battery cell consists of two electrodes and an electrolyte between them. In applications, the electrodes are connected to an external circuit.

How a battery works

The classical lead acid battery illustrates the function principle. In a charged battery the negative electrode is pure lead metal, the positive electrode is lead oxide PbO, and the electrolyte is sulfuric acid. When an external load is connected to a charged battery, the battery generates a current via electrochemical reactions, where both metallic lead at the negative electrode and PbO at the positive electrode are converted to lead sulfate, PbSO4 with water as a byproduct. Since sulfur is consumed from the electrolyte, the sulfur acid becomes diluted during discharging by the water produced in electrode reactions and vice versa. During charging these reactions are reversed.

In Li ion batteries the processes are similar, but here Li ions move between the two electrodes and are stored, (often) as intercalation compounds.

Batteries can be rechargeable (as the ones just mentioned) or non-rechargeable i.e. disposable. They can vary in size from large heavy ones for e.g. trucks or stationary back-up systems, to extremely small ones for (micro)electronic devices. Common mobile applications are in vehicles for starting combustion engines, laptops, smartphones and essentially all types of portable electronic devices. Stationary uses include back-up systems in case of power failures.

The energy density (energy per unit mass) is still much smaller than that of common fuels like gasoline. Rechargeable batteries suffer from eventually wearing out and losing the capacity. Their power delivery capacity is more limited than e.g. that of supercapacitors.

Similar to a battery, a supercapacitor also has electrodes with an electrolyte in between. The dominant principle of electrical energy storage is, however, charge separation and not as in the case of a battery, chemical energy that must undergo chemical reactions during charging/discharging.

How a supercapacitor works

In supercapacitors, energy is stored in electric double layers, where the charge separation is of very small distances, down to atomic distances. A consequence of this is that discharging (power supply) is much faster than in a battery. From a practical viewpoint, these capacitors can be seen as a complement, or alternative, to batteries. The much faster action (power) is the main feature distinguishing supercapacitors from batteries. Compared to e.g. Li ion batteries a super capacitor can deliver more than an order of magnitude higher power per unit mass. For the energy density, i.e. electrical energy storage per unit mass, the relation is reversed.

Supercapacitors - pros, cons and typical use

As an example, supercapacitors can be used in cars for dynamic breaking, i.e., to use the breaking to drive an electrical generator that charges the supercapacitor (or a battery). It typically stores 10 to 100 times more energy per unit mass or volume than electrolytic capacitors, can accept and deliver charge much faster than batteries, and tolerates many more charge and discharge cycles than rechargeable batteries. Supercapacitors are therefore used in applications requiring many rapid charge/discharge cycles, rather than long term compact energy storage — in automobiles, buses, trains, cranes and elevators, short-term energy storage, or burst-mode power delivery.

Just as a battery and a supercapacitor, a fuel cell also consists of an anode and cathode with an electrolyte between them.

How a fuel cell works

An electrical current is produced via redox reactions occurring on the electrodes of the fuel cell. The most common fuel cell is the hydrogen fuel cell.

On the anode, hydrogen molecules, which are fed to the anode from an external supply, dissociate to protons and electrons on catalytic material deposited on the anode (expensive noble metal Pt) and protons travel towards the cathode through the electrolyte, which in the most common cases is a polymer electrolyte membrane (PEMFC). The electrons travel in the external circuit, thus creating a current, eventually reaching the cathode. At the cathode protons, oxygen atoms from dissociated oxygen molecules and electrons combine to form water.

The cathode also requests a suitable catalyst for the reactions there (oxygen reduction reaction, ORR). O2 (air) is supplied to the cathode from an external supply. Thus, a fuel cell generates a current by using energy-rich hydrogen molecules, i.e., converts chemical energy to electricity. It should be noted that it is the fuel cell together with its fuel tank and oxygen supply that constitutes an energy storage system, not the fuel cell alone.

Contrary to a battery or a supercapacitor, a fuel cell is never discharged, but generates a current and voltage as long as (hydrogen) fuel and oxygen are supplied. ‘Charging’ a fuel cell system consists of filling its fuel, e.g. hydrogen, into a tank.

In recent decades, fuel cells have become popular in electrical/hybrid cars. They are also subject to high current interest in development projects for small scale stationary applications (even in private houses) for storing solar electricity from excess supply to low supply times. Here hydrogen is produced by electrolysis (by essentially running a fuel cell backwards) and stored, using over-supply of electricity from solar cells during daylight hours. During the dark hours, electricity is produced by fuel cells using the stored hydrogen. Some current development projects aim for much longer storage times, storing hydrogen produced during summertime, to generate electricity during wintertime.

A drawback of the fuel cell is its need for expensive noble metal catalyst on the anode. This can be reduced or eliminated by running a fuel cell at high temperature using ceramic electrolyte materials, in a so called SOFC, solid oxide fuel cell.

Processes at the electrode surfaces are critical

It is interesting to note that almost all the critical processes of batteries, supercapacitors and fuel cells are surface processes occurring at the electrode surfaces. Intense R&D is going on to remedy current weaknesses of these devices, e.g. to increase the energy density (energy per unit mass and volume) and power density (batteries and supercapacitors), to find replacements for expensive (Pt in fuel cells) or limited supply (Li in batteries) materials, to increase the number of charge/discharge cycles (batteries and supercapacitors) and to make fuel cells for more complex fuels than hydrogen

Generally, these devices, batteries, supercapacitors, and fuel cells constitute a set of technologies and devices that will be part of a future sustainable energy system at both small and large scales. Batteries will likely be cheaper and more efficient (higher energy density by new designs and materials, super capacitors will be even faster and get higher capacity (energy per unit mass) and fuel cells will be more attractive by replacing Pt with cheaper catalysts and improving their performance with other fuels than hydrogen.

Science on surfaces – a bigger perspective on the small

Learn more about surface science in the context of energy storage in our podcast, Science on surfaces - a bigger perspective on the small.

Surface Science - can it facilitate a more sustainable energy system?

The paradigm shift from the study of static surface systems to the exploration of dynamic ones resulted in the field of gas-surface dynamics. The area includes concepts such as scattering, potential energy surfaces(PESs), energy exchange, surface corrugation, and charge transfer. 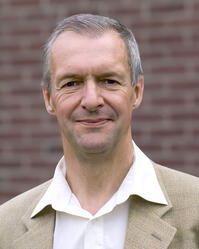 Bengt Kasemo, Professor Emeritus of physics at the Physics Department, Chalmers University of Technology, Sweden is a member of the Royal Swedish Academy of Sciences and the Royal Swedish Academy of Engineering Sciences. He was one of the co-founders of Q-Sense AB in 1996 and was on the Board of Directors of Q-Sense and Biolin Scientific AB for several years. Professor Kasemo's research projects focus on surface science, bio-interfaces, biomaterials, catalysis, nanotechnology, sensors and scientific instruments, nanotoxicology and nanosafety, as well as sustainable energy.